Earlier this month, Disney’s CEO Bob Iger spoke to investors about the company’s newest service, Disney+. Disney+ is a direct to consumer streaming service that will serve as the new home for all Disney related content, which includes Marvel and Star Wars. Iger has already announced that all post acquisition Star Wars content will be removed from Netflix once Disney+ is live. Once you add in the newly announced live-action show, The Mandalorian, Disney+ becomes hard to ignore for Star Wars fans.

If all of that was not enough to tempt you to the Disney side, Iger also announced another new live-action show for Disney+ on the investors call. The new show does not have an official name yet, but it will focus on Rogue One main character Cassian Andor during the early years of the Rebellion. “The series, which will go into production next year, follows the adventures of rebel spy Cassian Andor during the formative years of the Rebellion and prior to the events of Rogue One: A Star Wars Story.” Diego Luna will be reprising his role as Cassian Andor in the show, and you can guarantee there will be scenes included in this show that will fill in the gaps with some of the other main characters from the movie, namely K-2SO.

We now have two live-action Star Wars series confirmed for Disney+, all of the new movies post Disney’s acquisition of the franchise, and speculation that DB Weiss and David Benioff will helm the creation of full-length Star Wars films for the service. This content alone makes Disney+ a must for all Star Wars fans. Not only will we be getting previously released content, we will also be getting brand new canon content that cannot be seen anywhere else. If we add in the possibility of shows like Star Wars Resistance and Star Wars Rebels being added to the offering, you have years of content that is necessary to the full Star Wars experience.

At a price point that is “less than Netflix’, according to Iger, this will probably become my new go to streaming service. Disney, Marvel, and Star Wars all in one place. Sign me up. 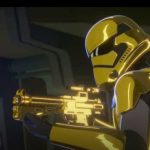 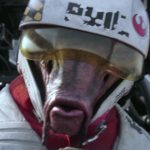