Disney CEO Bob Chapek may have mistakenly revealed that a Solo series is in the works while talking at a recent conference. He was laying down all of the content his teams are working on for Disney Plus and the big screen, and when he got to the Star Wars lineup, this is what he said before correcting himself.

Now this could 100% just be a verbal flub, but it’s still a curious flub at that. The Solo film, while not wildly successful in theaters, has become a bit of a fan favorite via streaming and other home release formats, and there is a #MakeSolo2Happen movement, so if Disney is planning one I wouldn’t be surprised. Maybe he mixed it up with the Lando series, either way, his gaffe could definitely be more than just an error. 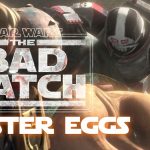 J.J. Abrams Talks About Plans and the Star Wars Sequels