One of the major talking points about the upcoming Andor series is how different it is going to be from every other Star Wars property that we have seen. The community has had a wide variety of reactions from excitement about a new direction of Star Wars to heavy concern given Tony Gilroy’s apparent disdain for anything related to the history of Star Wars.

Diego Luna spoke with The Hollywood Reporter about Andor and how different may not be as scary as many people think it could be for the Star Wars universe.

Tony Gilroy has said in the past that his superpower was not being a lifelong Star Wars fan, as that’s what allowed him to make bold choices on Rogue One. And I feel that lack of fear on Andor as well. Could you also sense that he was unafraid to tell a new type of Star Wars story?

I think so. Tony is just not afraid, period. (Laughs.) It has nothing to do with Star Wars or his work. I admire the guy so much. He experienced freedom in a very rigorous way, which I love. It is very interesting to have a voice like his in this story. You never approach a story this way where you know what the end is and the creative team doesn’t have to deliver an ending that you’re not expecting. We don’t have to think about that.

So the freedom Tony Gilroy has to execute his writing is needed, otherwise, there’s no way to come up with a story that you would care about.

What do you think of Tony’s plan for season two as every three episodes will represent a year’s worth of story?

I think it’s perfect. It’s lovely. It’s almost like four different movies [via four three-episode blocks]. Three episodes will be a very strong block to explore a year, another year, and then another year and another year. There is also space in between each block where time passes, so we’re allowed to evolve and transform. But I think that’s part of season one, too. How many episodes have you seen?

Yeah, so when you saw episode three, you probably went, “I think I know the characters, the tone and what the series is going to be about,” but then we take you where episode four goes. And you were like, “What!? Where are we going? What’s going on? What happened?” So I think that’s something that this long format gives us. It’s the flexibility to literally transform and go somewhere else and meet other characters and find other planets and discover new things. It’s a fantastic format, and it’s very ambitious. It’s complete freedom. You have room, you have space, you have time, and that is lovely when you have something to say. 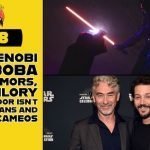 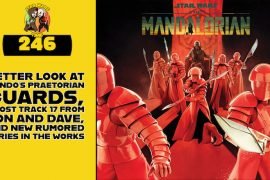 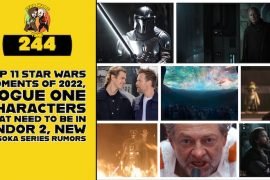