Thanks to a list of new movies and shows hitting Disney+ next month, we now know a bit more about the Ahsoka Tano storyline that is about to kick off this week on Star Wars: The Clone Wars Season 7.

As we discussed on episode 102, which will release later today, it seems as if the Ahsoka thread will eventually bleed into the Republic/Jedi thread as the season begins to wrap. You will see below from the episode descriptions that at some point in time she links up with Anakin and Kenobi, but it sounds like they’ll be tasked with saving Palpatine versus helping her on Mandalore with Maul.

So our conversation in episode 102 wasn’t too far off from what the descriptions below give us.

To recap, we believe the following:

And now for the descriptions:

Star Wars: The Clone Wars – “Dangerous Debt”
Taken prisoner by the Pykes, Ahsoka and the Martez sisters attempt to escape.

Star Wars: The Clone Wars – “Together Again”
Ahsoka bargains for the sisters’ freedom and makes a startling discovery.

Star Wars: The Clone Wars – “Old Friends Not Forgotten”
Anakin and Obi-Wan must decide whether to help Ahsoka pursue Maul or rescue Palpatine. 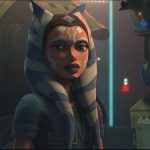 Ahsoka Returns in trailer for The Clone Wars: Gone With a Trace 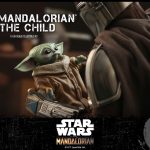