We here at the Star Wars Time Show don’t have the clout necessary to get early access to a game like Star Wars Squadrons just yet, but some of the bigger outlets around the world have gotten a taste already. PC Gamer just put out a series of videos that showcase different portions of the game, so let’s dive into those.

The Fleet Battles in Squadrons are very similar to Capital Supremacy in Star Wars Battlefront 2. It requires teams to fight through multiple parts of a battle to secure a win, but with good defense and coordination, this game type could go on for a bit. The video gives a pretty good look at what is needed to take down each stage of the battle towards the ultimate win, with the final stage being an assault on a capital ship where you have to take down its shields, life support, etc. before ultimately destroying it.

Since Squadrons is a space battle simulator, you are going to be seeing the inside of your cockpit often, so it is definitely necessary to customize it to your liking and start to appreciate the little details that Motive put into the design of each ship’s cockpit. You will also have to familiarize yourself with all of the different functionality within your cockpit if you want to be a force on the battlefield.

Overall, Squadrons seems like a fun game to play, but I am pretty worried that the novelty will wear off after a few long gameplay sessions if you don’t have friends to play with for a true team game feel.

With no content updates or new modes coming to the game, the dogfight and fleet battle multiplayer modes need to be able to carry the game to long term success, and I just don’t know if that is possible considering that it is set in a single time period, post-ROTJ New Republic era, and as far as we know, expansion into other eras of Star Wars will not be coming to the game. The only thing that will carry this game beyond its current scope is if people flock to it and continue to play it long after the initial release window. 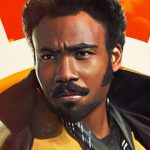 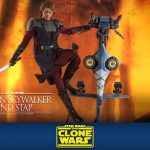