Deborah Chow, who worked on The Mandalorian, has been tapped to direct the newly announced Obi-Wan Kenobi Disney+ series, which takes place eight years after Star Wars: Revenge of the Sith.

“We really wanted to select a director who is able to explore both the quiet determination and rich mystique of Obi-Wan in a way that folds seamlessly into the Star Wars saga. Based on her phenomenal work developing our characters in The Mandalorian, I’m absolutely confident Deborah is the right director to tell this story.”

No other details have been made available for the show, so please stay tuned for all things Star Wars from your bros at Star Wars Time! 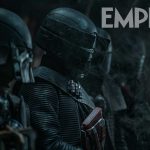