To many Star Wars fans, Davie Filoni is George Lucas’ true protege. He’s helmed multiple animated Star Wars franchises, and helped to create more than a few fan favorite characters and plot lines. Without Dave we don’t have the likes of an Ahsoka Tano or Ezra and the Phoenix squadron, so the guy has made massive contributions to Star Wars lore and canon, and I for one love his Star Wars mind.

Filoni was also tapped to help Jon Favreau run The Mandalorian, so he finally got to direct real people while they were shooting the show’s first season. What’s exciting about this is that Dave is doing live-action Star Wars, which will surely result in some awesome narratives, but based on a recent quote from him, he may be doing something even more exciting than just directing live-action Star Wars narratives.

Filoni may have revealed to EW in an interview that one of his animated characters could be appearing in The Mandalorian. Just look at the quote and decide for yourself:

“Having a character you wrote walk up and talk to you in full costume on a set that you imagined that was a wonderful thing.”

His quote can be open for interpretation, but to me it’s pretty black and white. He specifically mentions a character he created, which means it would be from animated Star Wars, so to me we are getting a fairly memorable animated character in live-action form.

My early guesses fall to characters from Star Wars Rebels. In particular, Ahsoka and Sabine, as well as Hondo, everyone’s favorite pirate. Rebels ends with a cliffhanger that sees Ahsoka and Sabine heading off to look for Ezra at the end of the Rebellion. This would line up with the timeline of The Mandalorian, and considering Sabine’s heritage, featuring her and/or Ahsoka would make sense if they’re still traveling together due to her connection to the main character. Hondo on the other hand just sounds ideal for a show about lawlessness in the galaxy, especially considering his pirate tendencies. He would make for a fun cameo character in a Wild West inspired Star Wars show, so I’m lumping him into the running.

I sense a speculation video in my near future?

The Mandalorian hits Disney+ on November 12. 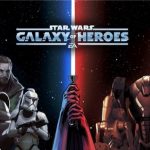 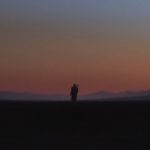 Jon Favreau Will Do Some Directing in ‘The Mandalorian’ Season 2