If you are a fan of Star Wars, especially Star Wars TV, you should know who Dave Filoni is. He is the mastermind behind basically every TV series that Star Wars has released under both Disney and George Lucas, and now he is getting the love he deserves from Lucasfilm.

According to Variety, Filoni was “quietly promoted” to Executive Creative Director of Lucasfilm last summer, but that promotion was never made public until this week. Whether that be because of a lazy webmaster who never updated the company’s website, or other internal LFL reasons, it now seems that Filoni’s promotion is now as official as it can get.

We have no idea whether this new role will expand his role to the Star Wars film universe is up in the air, but given his level of knowledge of the franchise and his dedication and proven ability to tell amazing stories over both animated and live action projects, he should be able to work with any projects that he wants to. 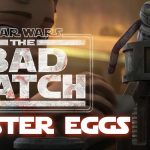 Rumor: Rangers of the New Republic No Longer In Development