The next Star Wars Smuggler’s Bounty box theme is Darth Vader, and his box will be shipping this July. Yes, he’s the June theme, but boxes won’t ship until July, so calm down.

Anyway, if you want to get in on the Vader Smuggler’s Bounty box you can do so by pre-ordering it over at Amazon. Or you can sign up for a subscription to it to make sure you get the a new box every other month. The boxes always come with a few exclusive Funko items, and when we’re lucky, we sometimes get two exclusive Pops, which is a score for Pop fans.

Other items typically include mystery-minis and other Star Wars themed junk, but it doesn’t seem as if the old days of getting a pin, a patch, and a shirt will ever return, because they haven’t been present in a box ever since Amazon took over distribution. Oh well, I have too many T-shirts anyway, so I’ll take more junk instead.

Head over to Amazon to get your Vader box locked up today! 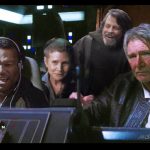 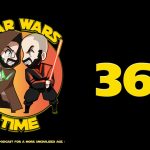 SWTS: The Rise of Skywalker Rumors, Anakin in TROS, and Disney+ News