Daisy Ridley, our Rey, has been making the media rounds this week to promote her Ophelia flick, but of course she’s getting asked about her Star Wars role too. She hasn’t really let anything major slip, but she has revealed a few interesting insights about the future of Rey, as well as a good story on The Rise of Skywalker.

While at GMA this week, Daisy talked about her last day on the set of TROS, and how emotional it was. Apparently, she had to give a speech, and it frightened her mightily, but that’s not where the meat of this post came from. You should still watch it below though, because it’s Daisy.

Anyway, while talking with Buzzfeed, Daisy confirmed that she will not be in Rian Johnson’s planned Star Wars trilogy. You can check out the clip below. The transcription comes from the team over at Star Wars News Net.

BuzzFeed: So the last film in the current Star Warstrilogy, The Rise of Skywalker, is done. But there’s rumors that your character, Rey, may be in the next trilogy. Can you comment? Is that true? Are you thinking about it?

Daisy Ridley: I mean, I can say I’m not in the next trilogy. No. I think, cause Rian always said…if it’s the Rian one…or it’s the guys that did Game of Thrones. I’m not sure. Whichever one it was, they always said it was going to be a separate story. So I’m not. No.

Finally, while talking with Jimmy Fallon, Daisy recounted the tale of when she first heard the plot for TROS. Apparently, J.J. explained the entire plot to her in a public cafe and at normal speaking levels, so anyone around could hear what they were talking about. Therefore, by the time she got to set, the story was changed. You can check out the clip below. 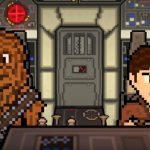 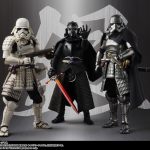