DICE has posted a content roadmap for Star Wars Battlefront II, and it details what fans can expect over the remaining months of 2019. Let’s just say that there are some massive updates in store, and the game should be in its best state yet by the end of this year.

Ok, so in August a few gameplay and cosmetic updates are in store for BF2. First off, the Separatist Dreadnought and Republic Venator are becoming playable in Heroes vs Villains. Next, how action plays out in the interior of a Capital ship will be changed slightly, and contextual spawning has also been added.

You will have the ability to spawn onto any Command Posts that your team has currently captured, even if it is being contested.

You can spawn on any Command Posts:

You will not be able to spawn on a Command Post if:

Finally, in August B1 battledroids will get some new skins to use, which you can preview below.

September will see some of the biggest additions to BF2 to date. First up, Felucia will be added as a brand new map, and DICE is saying its their best effort yet. In addition to the new map, a Co-op mode is also being added. DICE’s official explanation on Co-op is below:

For this experience, you will team up with three other players (old friends or new) for a large scale PvE adventure. You can choose to play as either the Galactic Republic or the Separatist Alliance and partake in massive battles on all five Clone Wars planets in Battlefront II. Depending on what faction you’ve selected, the experience on each planet will be different. For example, the Droid Army will be invading the planet of Naboo, while defending if the battle moves to Geonosis. If you decide to play as the Clone Army of the Republic, the roles will be reversed on each planet.

Next up, an Instant Action mode is being added to the mix, and this one gets me excited because it will finally add a single-player-like experience to the game’s multiplayer modes. Think old school Battlefront games where just you take on the AI by yourself with a team of AI companions. At its release, this mode will be playable offline on Naboo, Kamino, Kashyyyk, Geonosis and the Felucia maps within Capital Supremacy.

Finally, the Clone Commando unit will be added to the mix, and you can get a quick look at him below.

Left Ability: Anti-Armor Attachment
Reconfigures the DC-17m into a grenade launcher that fires up to three small grenades, with high efficiency against vehicles and shields.

Right Ability: Repulsor Blast
Discharges a short-range shockwave that temporarily disorients enemies and knocks them back.

Middle Ability: Battle Focus
Activates a damage protection aura for the Commando and nearby allies. Additionally, any damage the Commando deals to enemies replenishes his base health.

That’s it for the major updates, but there will be at least one more to compliment the release of Star Wars: The Rise of Skywalker this Fall. You can check out the full update notes over on the BF2 Forum. 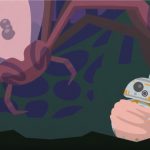 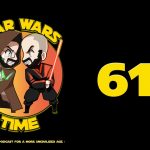 Rumor: Quantic Dream is Working on a Star Wars Game