In this week’s Star Wars Galaxy of Adventures short, Chewbacca and his Ewok pals hijak an AT-ST in epic fashion.

The short is based on a fun moment from Star Wars: Return of the Jedi in which Chewbacca and two Ewoks turn the tide of the Endor ground battle by stealing an AT-ST walker. Although, unlike the 1983 live-action version, this animated version is on steroids. You got Ewoks hanging off of Chewie’s face while Imperial pilots are being thrown through the eye holes of the Walker. Then when they get on with blasting Troopers, the visuals really get cranked up. And yes, let’s queue up the we need this visual style applied to whole movies pitch I do every week, but yeah, it still applies.

You can also check out this week’s new Fun Facts video below, which deals with the Death Star. It covers all things genocide moon from top to bottom, so like other FF vids it’s a great primer for inquiring minds of non-Star-Wars fans. 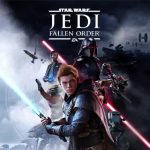 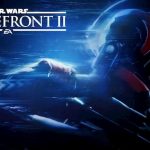