The two latest Star Wars Fun Fact videos have been released, and they provide insights into one extremely important Star Wars character, as well as the Droids featured in the franchise.

The first video is all about the droids of Star Wars, and what they can do for their humanoid companions. You’ll get to see some of the galaxy’s most iconic bots and learn more about them in this video, so if you, a non-fan, or one of your padawans need a lesson in Star Wars Droid-ology, the video below is your key.

The second Fun Facts video released this week is all about the best co-pilot of all-time, Chewbacca. It provides details about his height, likes, origins, and everything else that makes the Wookie who he is, so get learned on the Beast of Minbam below.

To round out the Chewie discussion, a video recounting all of his roars can be watched below. 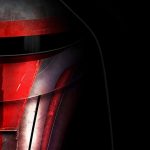