The Clone Wars has returned for its final season, and we’re loving our Star Wars life because of it, so much so that fans want to show off their creations paying homage to the series.

In particular, the mod community in Star Wars Battlefront 2 has crafted all sorts of modded skins for characters to make them look like characters from The Clone Wars TV show. A video has been created to detail most of the mods built to resemble characters from the show such as Rex, Kix, and Robo-legs Maul, and it definitely showcases how amazing these character mods look.

The clones in particular are so spot on, and look great in game blasting droids and kicking Sep ass in general. Although, the Robo-legs Maul looks absolutely fantastic, so it’s hard to pick a favorite.

Check out the video above to see which mod tickles your fancy! 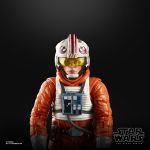