It was only a matter of time before Ming-Na Wen’s Fennec Shand got immortalized in 1/6th scale action figure glory, so kudos to Hot Toys for being first to market.

The figure is billed as a The Book of Boba Fett Fennec, although she could easily double as The Mandalorian Season 2 Shand as well. She’s now available to pre-order for $270 from Sideshow.

Full details and a few glamour shots can be seen below. For more images head on over to Sideshow’s official listing.

An assassin and elite mercenary, Fennec Shand has worked for all the top syndicates. Clever, capable, and cunning, she is not to be underestimated and is full of surprises.

In anticipation of the release of the new The Book of Boba Fett live-action series, Sideshow and Hot Toys are excited to present the new Fennec Shand Sixth Scale Collectible Figure!

The Fennec Shand Collectible Figure is going to be an extraordinary companion for your Star Wars collection!BrandStar WarsManufacturerHot ToysTypeSixth Scale Figure 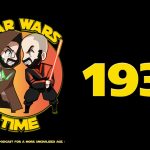 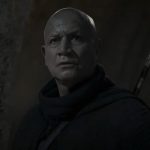