According to geek fan site Illuminerdi, there is an open casting call for Kenobi that hits at 2 major players from the OT being added to this new series.

These 2 listings definitely make it seem like a young Luke and Leia may play a role in the upcoming series, but the more interesting of the 2 is the female casting call. Most people assumed that seeing a young Luke Skywalker would likely happen in this series since Obi Wan is left to guard young Luke on Tatooine, but the Leia’s inclusion in the series would mean that we are either checking in on Leia and Bail Organa in a separate plot thread, or that there is a meetup between Obi and the Organa family either on Tatooine or on their homeworld of Alderaan.

Also, the fact that they are casting at the ages of 8-11 gives us a good idea of when in the timeline this show will take place. Most assumed that we would be working pretty close to the end of ROTS, max of 5 years post, but the ages of this casting call definitely indicate more years post-ROTS and potentially a more seasoned Obi Wan than we expected to see.

This casting call definitely makes this show even more interesting than it already is, and we really hope an announcement on release or potential filming schedule is coming soon. 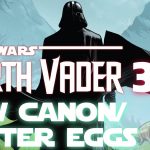 New CANON: Vader Visited Naboo Spots Where He and Padme Fell in Love During AOTC, Plus Easter Eggs from Vader #3 2020 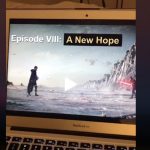