John Boyega spoke with GQ Magazine last week and he did not have many nice things to say about how Disney and Lucasfilm handled Finn in the Age of Resistance trilogy.

If you have seen all of the films, it did seem like Finn was set up to have a larger role in the trilogy at the end of The Force Awakens, but in TLJ, he found himself separated from the primary players and the primary storyline. Boyega was vocally displeased with TLJ even before The Rise of Skywalker released last year, and even though Abrams came back to direct TROS, he still did not get the character arc that he would have liked to see for Finn.

“What I would say to Disney is do not bring out a Black character, market them to be much more important in the franchise than they are and then have them pushed to the side. It’s not good. I’ll say it straight up.”

It seems like there is one person that Boyega is defending among all of this though, TFA and TROS director J.J. Abrams.

“Everybody needs to leave my boy alone. He wasn’t even supposed to come back and try to save your s–t.”

Boyega did have some feedback for Disney when it comes to black characters in their upcoming films.

“What I would say to Disney is do not bring out a Black character, market them to be much more important in the franchise than they are and then have them pushed to the side. It’s not good. I’ll say it straight up.”

Many people are attacking Boyega after this interview, but in my opinion, it was very clear that there was a shift in Finn’s storyline post TFA. As John says, Finn was marketed as a big player in this trilogy, and while he did have the billing and some big moments, it is clear that he was eventually cast a bit to the side in favor of Rey, Kylo, and even Poe. There was a ton of great storylines that could have been explored with Finn, primarily his force sensitivity, but alas, we will never get to see that play out on the big screen. 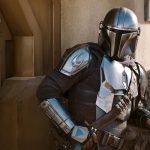 Official Images and Details Released for The Mandalorian Season 2