One of my personal favorite fan artists on the planet is Boss Logic. The dude just has an imagination I dig, and I love what he cooks up with when huge geeky pop culture reveals go down. I’d say he’s more of a Marvel guy, but the dude literally creates fan art for all subjects, so it’s no surprise he jumped on the TROS fan art train after the D23 footage was revealed.

Like many other artists, he cooked up a few takes on the Dark Side Rey scene, albeit with his own creative flair. He’s mostly altered existing posters of her to show her possible duality, but he’s also created some original pieces using other art assets. I really dig is silly take on DSL, who has three sabers and not just two!

You can check out a gallery of his shots below on Twitter. 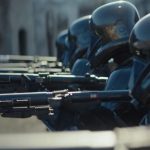 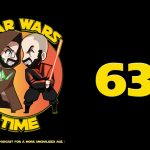 SWTS: 3 Best Theories on Dark Side Rey, Operation Cinder in TROS, and ‘The Mandalorian’ Plot Speculations