SWNN has an interesting rumor report for The Book of Boba Fett, and we here at the SWTS are inclined to believe what they’re selling.

Head on past the break to continue onto the potential minor spoiler for The Book of Boba Fett.

According to SWNN, which again is classifying this report as a rumor only because they haven’t physically seen any imagery to support it, Boba Fett’s motive in the show has been detailed, as well as his updated armor.

Apparently Boba Fett is in revenge mode in the series, and is hellbent on going after everyone who did him wrong in his life that he already hasn’t wasted. He will also be looking for other bounty hunters, and he will be doing so with a new look for his armor.

It doesn’t sound like the armor will be completely different, but there will be a few changes and a different paint job than what we saw him sporting when he plopped his ass on Bib’s throne. It could also be armor from a flashback, because Temura Morrison did say that the show will cover events that took place in between ESB and Mando.

Even with this being classified as a rumor I’m leaning towards it all being legit. Nick and I have speculated as much on the show over the past few months that he may be getting down with some old friends while also trying to get some payback on the likes of Cad Bane and others who messed with him over the years. It just all makes sense, even the updated armor, which could very well be for flashbacks, but if it is for the Mando timeline I won’t be surprised either, because new toys can be made and sold to fanatics like me.

Who will he be getting revenge on outside of Cad Bane who just seems perfect for this show? I think the War of the Bounty Hunters mini-series may shed more light on his hit list, but based on the movies one could also suggest Han Solo and Chewbacca, namely because they had a hand in sending him into the pit. I’d imagine though he will stick to underworld characters, but who knows, I dig his motive either way. 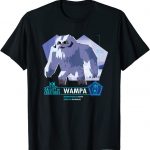 Rumor: The Mandalorian Title Could Change After Season 3