Here at the SWTS we dig new Star Wars toys and collectibles, but we don’t always dig covering them in a timely fashion, so we’ve got a round up post this week to take care of the latest new reveals.

Late last week, Hot Toys fans got two new previews of upcoming sixth-scale figures based on the final season of The Clone Wars. Both Clone Trooper Jesse, and Captain Vaughn were unveiled, and they both look like must-haves. Jesse will run you a bit more because you get a face sculpt, so he retails for $285, while Vaughn only ships with a bucket, so he is going for $250. Both are available for pre-order over on Sideshow, so use the links above to drop your investments.

Today, which is a Bring Home the Bounty day, Lucasfilm revealed a few more new offerings in the form of Mando-inspired Black Series figures, and a massive new Ultimate Collector Series LEGO set.

The new Black Series figures are Ahsoka Tano and a Death Watch trooper. They don’t appear to be exclusives, but there’s also no release date, at least at the time of this posting.

The new LEGO set is an $800 UCS AT-AT, which is set to go on sale on November 26th. Fans can snag it over on LEGO’s site on that date. 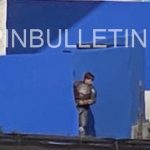 Mysterious Mando Appears on Set of ‘The Mandalorian’ Season 3 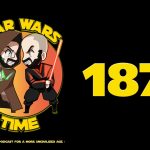