If you’re into Star Wars art, then you will surely appreciate the art that will grace the cover of Birth.Movies.Death.’s upcoming Star Wars: Episode IX issue.

Oliver Barrett is the artist responsible for the cover art, which features the film’s dueling leads in a combat stance with them being flanked by their various forces. If you want to order the issue, you can do so through Mondo.

The issue’s contents can be found below, it should ship this November.

This December, director JJ Abrams will bring the Skywalker Saga to an epic conclusion in STAR WARS: THE RISE OF SKYWALKER. To celebrate this once in a lifetime event, Alamo Drafthouse and Birth.Movies.Death. are releasing a brand-new collectible magazine that is mandatory reading for any STAR WARS fan (let’s face it – that’s you), featuring cover art by Oliver Barrett.

Inside, you’ll find: an exclusive interview with THE RISE OF SKYWALKER screenwriter Chris Terrio, an eye-popping spread taking you inside the creation of Jock’s immortal trilogy of STAR WARS Mondo posters, deep-dive essays on some of our favorite corners of the STAR WARS galaxy and much, much more. 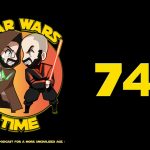 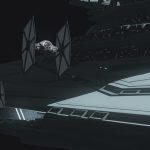