Bespin Bulletin has outed Benny Safdie’s Obi-Wan Kenobi character, and he happens to be playing a key role that will affect Kenobi’s psyche and overall journey in the series.

For those looking for a clean take on the series you will want to skip out on the full reveal below due to SPOILERS.

According to BB, Benny Safdie, who is known for his directing abilities (Uncut Gems), will be playing Nari. Nari is the Jedi that Making Star Wars leaked a few weeks ago who will make his way to Tatooine in search of Obi-Wan Kenobi. This in turn brings the Inquisitors to the planet, as well as one of the reasons he will leave the Tatooine in his quest to keep the Skywalker twins secret and safe. You can find out more about Nari and his role in our breakdown of the teaser trailer for Obi-Wan Kenobi, or the linked article above.

With BB’s report, it now looks like our speculations from the trailer on a potential shot of Nari are spot on, at least for one of the stills. Below you can see two shots from the trailer that feature Safdie as Nari sans head shots.

Benny’s Nari will be a key plot device to prod Obi-Wan along, but don’t expect him to stick around for too long. Based on MSW’s leaks, he will ultimately fall to the Inquisitors after Kenobi ignores his pleas for help and tells him to essentially give up and bury his lightsaber in the sand. So yes, the quotes you hear Kenobi speaking in the trailer are being spoken to Nari. 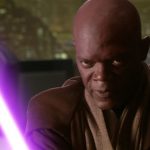