It doesn’t appear that Benedict Cumberbatch will ever be the live-action version of Thrawn after he was asked about the role in a recent interview with Collider. While talking with the outlet, he made it pretty clear that he has no interest in playing this Star Wars character currently, mostly due to the time constraints of the required makeup.

COLLIDER: No. He’s blue. He’s a very cool character that’s a villain… you’d be under a blue makeup thing. I’m just curious if you’d heard about it.

CUMBERBATCH: That’s a straight no from me, right now. There’s no way I want to be turned blue. I turned the air blue, very recently. No no, seriously, I have precious time with my children and I think sitting in a makeup chair and being painted blue, and the amount of time it would take to do that and then take it off at the end of the day might just… it’s not the right time in my life for that.

Now he doesn’t completely shut the door, but considering that the debut of live-action Thrawn will probably be sooner than later, it doesn’t sound like the timing is right for Benedict. Oh well, there’s always Lars!

Nick and I will talk more about BC’s interview in next week’s episode of the SWTS, so don’t forget to tune into the Star Wars Time Show on a weekly basis via our podcast platforms or via YouTube if you prefer the livestream angle. 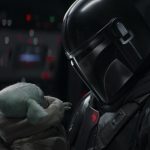 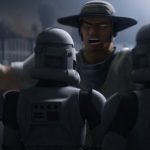