Yet another major Star Wars character has wrapped filming on Star Wars: Episode IX, and it is none other than BB-8. Well, his puppeteer has wrapped at least, thanks to a tweet from Brian Herring. He expressed his appreciation for the role by saying:

Today was a wrap on BB-8. The last 5 years have been an amazing ride. Thanks to @jjabrams, Kathleen, Neal, #teamBB8 especially Dave and the entire cast & crew for the time of my life. Few people get to live the dream. Thank you. #StarWars #IX #puppeteer #BB8 #StarWarsEpisodeIX

Brian has been BB’s puppeteer for the past five years, as well as brining his services to other Star Wars puppets such as porgs and falthiers. He dropped his fairwell tweet yesterday, so he joins Anthony Daniels in completing his work for Episode IX.

As more big characters complete their shoots one can only surmise that the production itself is coming to an end, which makes sense since it’s been shooting since August. 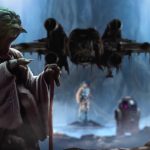 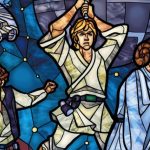