Just yesterday on the SWTS we wondered when Lucasfilm would start hyping Bad Batch Season 2, and after this mornings information dump, we need wonder no more.

Lucasfilm not only released a new trailer and poster for Bad Batch Season 2 today, but they also released a new plot synopsis, episode titles, and the air dates for the full season.

There will indeed be 16 episodes, and the series will overlap with The Mandalorian for the full month of March. There will also be three two-part episodes with the first being dual episode week being the series premiere.

In addition to episode titles and air dates, a new plot synopsis was released and the cast list, which has added Wanda Sykes as Phee Genoa, a character linked to Rhea Pearlman’s Cid character.

When the new season opens, months have passed since the events on Kamino, and the Bad Batch continue their journey navigating the Empire after the fall of the Republic. They will cross paths with friends and foes, both new and familiar, as they take on a variety of thrilling mercenary missions that will take them to unexpected and dangerous new places.

Nick and I will talk more about Bad Batch Season 2 on next week’s episode of the SWTS, so don’t forget to tune into the Star Wars Time Show on a weekly basis via our podcast platforms or via YouTube if you prefer the livestream angle. 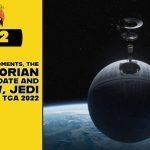 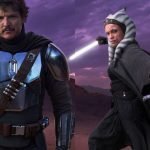