Based on a recently released schedule of shows hitting Disney Plus in September, it no longer looks like The Bad Batch season 2 will be releasing next month.

Back in June an official promo in the Disney Plus app made it seem like The Bad Batch would release on September 28, 2022, but now the list of releasing shows only features:

While Disney could still officially reveal the release of The Bad Batch season 2 at the upcoming D23 event, or at Disney Plus Day, it does appear that the show will definitely not be premiering in September. If I had to guess at its actual release, I’d say late December after Andor wraps its first season.

Nick and I will talk more about this news on today’s episode of the SWTS, so don’t forget to tune into the Star Wars Time Show on a weekly basis via our podcast platforms or via YouTube if you prefer the livestream angle. 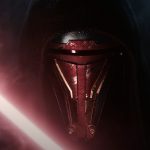 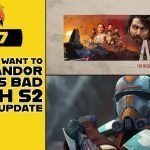