Lucasfilm has announced two more big time Dinsey+ series panels for Star Wars Celebration, as well as a few confirmed guests that will be in attendance.

Both The Bad Batch, and the Mando-verse, aka, The Mandalorian, aka, Mando+, will have dedicated panels at Celebration 2022, and luckily they take place on different days from each other, and the Filmmakers panel that was announced two days ago.

The Mando-verse panel is scheduled for Saturday, 5/28, and it will feature both Jon Favreau and Dave Filoni. Special guests are also planned, but none are mentioned. It would be fair to speculate that a few of the stars will show up, as well as actors from other Mando-verse shows like Ahsoka.

The panel promises to take a look back at the series, as well as a look at what is to come, so I’d expect some sort of sizzle reel for Mando S3, which would be similar to what was shown for its debut Celebration back in 2019. Some Ahsoka concept art and discussion would be appreciated too, and it may not be that big of a stretch considering the panel is titled Mando+. Hell, you may even get some Book of Boba love and talent.

The Bad Batch panel will take place on Sunday, 5/29, and it will feature Brad Rau and Jen Corbett. They will be joined by Matt Michnovetz, and actors Dee Bradley Baker and Michelle Ang.

The discussion promise to recap highlights from Season 1, as well as what is to come in Season 2. Hopefully a trailer and a release date will be provided too!

Nick and I will talk more about these panels on next week’s episode of the SWTS, so don’t forget to tune into the Star Wars Time Show on a weekly basis via our podcast platforms or via YouTube if you prefer the livestream angle. 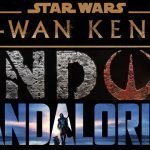 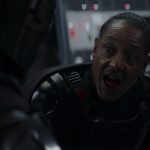