The Book of Boba Fett is just over a week away from hitting Disney+, but that isn’t stopping Lucasfilm from dropping new teasers for it. The latest is dubbed “Authority”, and while it mostly features footage showcased before, it had a few new shots and some new dialogue.

In one of the new shots you can see Jordan Bolger’s character, who has been rumored to be in the show for months now. You also get confirmation that the Ithorian is called The Mayor, which was first revealed last week via Robert Rodriguez.

Nick and I will talk more about this teaser on this week’s episode of the SWTS, so don’t forget to tune into the Star Wars Time Show on a weekly basis via our podcast platforms or via YouTube if you prefer the livestream angle. 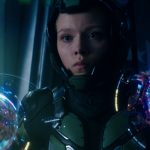 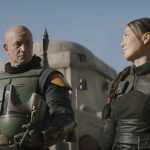 New Clip Posted for The Book of Boba Fett