The Auralnauts YouTube channel is home to some great Star Wars parody videos, especially its Kylo Ren reacts videos, which I highly suggest watching. Anyway, the team is trying something new with their latest video, which I’ll admit still offers up plenty of Star Wars humor and shenanigans, but it also provides some Star Wars movie knowledge that even I didn’t know about. Or does it?

For example, did you know there was a third crew member on the Falcon in A New Hope? How about the fact that David Prowse had a loud fan in his suit for farts?

Ok, the gig is up, the video is a big troll, but it’s still a funny one at that and well worth watching. These guys just have a solid sense of humor when it comes to Star Wars, so it’s worth a watch if you’re not an angry person by nature. Sorry for the title, but that’s what they used, not trying for clickbait.

I also recommend reading the comments to see how many people think the facts are legit, and how many figured out the trick. 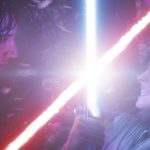 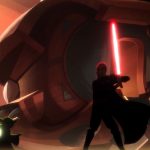