Amazon and Funko have posted the theme for this month’s Star Wars Smuggler’s Bounty Box, and it is podracing! That means the packed in Funko collectibles will all be themed around Anakin’s favorite deadly hobby, so expect a bunch of The Phantom Menace era collectibles to be included in the box.

I’m guessing they’ll do a Sebulba Pop, because I believe there’s already an Anakin in Podracing gear pop. Of course, they could do a Pop Deluxe Ride and feature him in his podracer too. There will probably be a Mystery Mini, and some other random BS, so be prepared for 3-6 exclusive items. I don’t even know why I get these anymore, but we did get some good reactions to the latest unboxing, so I guess I will keep my sub for a bit longer.

You can order the August 2019 Bounty box now from Amazon. It should ship on or after August 28. 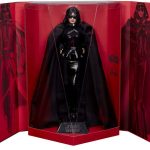 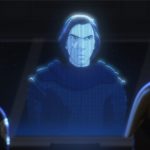