Luke Skywalker’s arrival in the Season 2 finale of The Mandalorian blew the collective minds of Star Wars fans across the globe. This was mostly due to the fact that no one saw him coming, nor did anyone, including myself, think that Jon and Dave would bust out a Skywalker for their space western. He seemed to be too big of a sacred cow, and apparently Jon Favreau initially thought so himself.

In a recent talk with the WGA, Favreau mentioned that he never set out writing the second season of The Mandalorian with Luke Skywalker’s big save in mind.

“The story unfolded as I wrote it. The Mandalorian inherits a great deal from existing Star Wars stories, and when I write, that context is always a consideration. It became clear that, within the established continuity, certain things were likely to transpire.”

It appears that Jon approaches a season of The Mandalorian without too many fixed events that must happen. He let’s the story organically grow over a season as he writes it, and then it almost starts to write itself. I believe that’s what he’s saying. Either way, I find it fascinating that Luke’s return wasn’t a core narrative pillar for the second season, rather it just happened based on where Jon’s mind was taking things as he wrote it out.

Nick and I will talk more about this revelation in next week’s episode of the SWTS, so don’t forget to tune into the Star Wars Time Show on a weekly basis via our podcast platforms or via YouTube if you prefer the livestream angle. 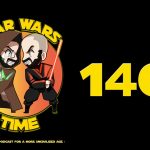 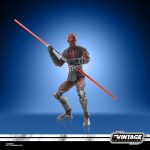