A slew of new 6″ Star Wars Black Series figures have been revealed by Hasbro at the MCM London event, and thanks to Fanthatracks, we have some imagery from the panel to gawk at.

UPDATE – Thanks to the Exclu Collective, we now have some glamour shots of the figures below.

UPDATE 2 – You can also pre-order the figures from Entertainment Earth today by hitting up their Star Wars page.

Among the reveals are two new figures from Star Wars: Attack of the Clones in the form of Obi-Wan Kenobi and Anakin Skywalker. These are brand new versions of the characters from Hasbro, as these have only been done by SHFiguarts in the past.

Two new figure from Star Wars: The Rise of Skywalker were also shown off. There was a Knight of Ren, just one, so who knows if we will get them all, but it doesn’t look like it at this time, as well as a Zorii Bliss.

Hopefully Hasbro puts out some glamour shots for these bad boys and girls so we can get a better look at the details, but these are all great additions to Hasbro’s 6″ Black Series line.

There are no details on a release date for these figures. Use the Fanthatracks link above to see more imagery. 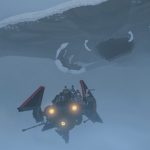