The Andor series is getting some love this week thanks to Empire Magazine’s coverage of the Disney+ series, and now we know how much time each of the two seasons of the show will cover.

According to Tony Gilroy, who is the series show runner, Andor season one will cover one year of time, while the second season, will cover four years of time. Gilroy mentioned that every three episodes out of the full twelve episode run will span a full year in the Star Wars timeline, so for those who can’t do math, that’s where the four years come from in season two.

Apparently this was done in season two to accommodate how the show is produced. The directors will get to direct three episodes a piece, which in turn will tell a full year in the Andor series.

“Directors work in blocks of three episodes, so we did four blocks [in Season 1] of three episodes each. We looked and said, ‘Wow, it’d be really interesting if we come back, and we use each block to represent a year. We’ll move a year closer with each block’. From a narrative point of view, it’s really exciting to be able to work on something where you do a Friday, Saturday and Sunday, and then jump a year.”

Diego Luna, the series lead, also dropped some insights into the tone of the Andor show:

“Rogue One is more about an event than the actual journey of [the] characters. It’s quite amazing to start a show where it’s not about where we can end – it’s about, how did we end there?”

The full list of writers and directors for Andor has also been revealed!

Nick and I will talk more about Andor on today’s episode of the SWTS, so don’t forget to tune into the Star Wars Time Show on a weekly basis via our podcast platforms or via YouTube if you prefer the livestream angle. 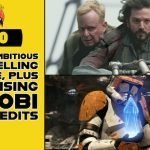 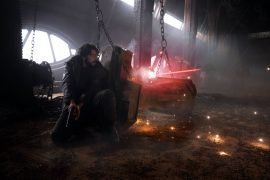 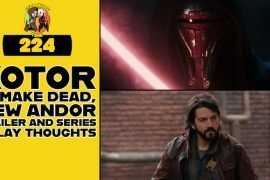