Andor’s penultimate episode has definitely funneled the show’s narratives towards what should be an exciting finale, and while the episode itself wasn’t as tense and exciting as last week’s prison break, it still accomplished what it needed to do while also showcasing the same excellence and care as its predecessors.

Head on down below to watch or read the full review.

While the penultimate episode of Andor may not have featured the edge of your seat tension from last week’s prison break, it still offered some deeply emotional moments from characters you’d never expect, and the most radical looking action sequence of the series to date, so like all things Andor, it was still pretty gnarly.

Unlike last week, which featured two incredible moments from the show’s human cast, Episode 11’s stars were of the mechanical variety. B2’s initial scene is a heavy hitter, and one that will make you feel something if you’ve ever lost a loved one, and that is special considering B2 is a droid.

His scenes have only bolstered my beliefs that his AI will ultimately be uploaded to K2S0 in Season 2, because the bond he and Cassian have in Rogue One can’t be programmed, it has to come from a place of deep caring and love, which Cassian and B2 share.

Making this connection would definitely add even more weight to the character of K2 and his ultimate sacrifice in Rogue One, while also creating a very strong through line between Andor and that film that fans would surely respect and appreciate. I mean that’s what star wars is right? A collection of interconnected stories and characters that take place over hundreds of years, so if this theory pans out, Lord Gilroy truly does love us nerds after all.

Sorry, speculation tangent, now for the second mechanical star in this episode, that award goes to Luthen’s Fondor Haulcraft. What a piece of machinery to behold and see in battle. This little ship has quickly become one of the smoothest rides in the Star Wars galaxy, and seeing it in action in this episode may have moved it into the Top 5 Most Kick Ass Star Wars ships of all time. Andor was due for some killer action beats, and Luthen’s haul craft versus the Aresstor provided just that.

Now the meat bags weren’t too shabby either in this episode, but nothing of real note happened because Daughter of Ferrix was all about setting the stage for the finale. And it did a great job at that without feeling like a full on setup for the finale affair.

Luthen and his spies are in trouble, but still have to take care of Cassian, so they’ll be headed to Ferrix. Meero too will be headed there to see if her funeral trap will net her target. The people of Ferrix, including the other Daughters, Brasso, and probably the whole damn town are prepping for something wild to happen at Maarva’s funeral. Thanks to Syrill’s old serge we know he too will be headed there, and will likely screw things up for the Empire while also possibly realizing that their brand of law and order may not be the style he actually wants to worship. And of course, even though it’s a really bad idea, Cassian too will head home to try and pay his final respects.

Now that is a formula for a wild finale that should resolve most of the Season 1 narrative threads, while also setting the tables for Season 2, and the four years of timeline it has to tell. That’s why this episode, while not as tense and exciting as 10, is still another high quality piece of Star Wars from The Gilroy and his minions.

Up first, is the scene between Brasso and B2 towards the beginning of the episode. I’m sorry, but that little bucket of bolts got me all misty eyed thanks to his reaction to Maarva’s passing. He truly is unlike any other Star Wars droid. I mean who doesn’t love R2, 3P0, Chopper, K2, and BB-8, but there’s something different about B2. He feels like a flesh and blood character and has very un-droid-like emotions. He’s more than a pet to the Andor’s, he’s one of them, and this scene showcased this perfectly.

B2’s reaction and subsequent emotions are also why I think he will eventually be uploaded to K2 in Season 2 of Andor, because like I mentioned above, the two droids just have too many emotional and behavior similarities to not share some code. Plus, the emotional bond between Cassian and K2 in Rogue One, and K2’s sacrifice will hit even harder if this theory is true thanks to scenes like this and other moments B2 and Cassian have shared in Andor. Get it done Tony!

The discussion between Mon and Vel was also noteworthy, mostly for Genevieve O’Reilly’s performance, which was brilliant, but also for what their conversation seemingly revealed about Mon’s situation. From what they discussed it seems like Mon is screwed no matter how you slice it, and her only way out will be to marry her daughter off to Davos’ son. You could feel the weight of that choice on Mon’s entire person, and while she may not seem like the type who’d go to those lengths for the greater good, it is seeming very likely now that she will have to agree to Davos’ terms and that will more than likely cost her Leiada’s love, if she had any left for her mom.

Anytime Stellen is on screen, he’s surely going to be a part of a banger scene, and that was the case again with Episode 11. In particular, his exchange with Saw was another great example of why Andor’s slow burn and excellent writing are worth your time and energy. Watching Forest and Stellen act together is a treat, but to be viewing it in a Star Wars property is a win for the franchise. More importantly though, this scene really helped to illustrate how much heat has been turned up on Luthen’s mission since the Aldhani mission. He’s having to make some very horrible decisions and he’s paying for them with his soul.

Saw’s reaction also highlighted how suspicious everyone involved in the early rebellion movement had to be. No one can really trust anybody, but because Saw has been hardened by war for decades, he ultimately understands Luthen’s choice to kill 30 men and Kreegar, and he’s not wrong when he describes their current situation, which is war. This is more than likely what leads Saw down an even darker path of insurgency, which in a few years will cost him everything, and will be why his group never becomes part of the Rebel Alliance.

Like I said, Stellan equals top moments, but this next one was mostly thanks to his ship’s toys and piloting skills. The space battle between his Haulcraft and the Cantwell Class Arrestor cruiser was boss. Who doesn’t love a Star Wars space battle? To me, there some of the more magical moments featured throughout the franchise, so it was awesome to get a unique looking one in Andor. That Fonder ship is the cat’s meow, and seeing all of its tricks in action was a visual treat. It had a flechette like canon, regular canons, and two wing laser beams. Watching that tiny craft make a larger more equipped Imperial ship look silly is vintage star wars, and the visuals of it all were thrilling to say the least.

Finally, the last top scene is the one between Melshi and Cassian on Niamos. This scene reaffirms their bond that will carry into Rogue One, and hopefully Season 2, but it’s also another example of Cassian’s emotional growth. Their pledge is one of rebellion, and while Melshi seemed way more committed to the cause in this moment, I credit that to Cassian being shellshocked by the news of Maarva’s death. If anything, that news will only further compel him to rebel versus just being a survivor.

He’s learned much since he last left Maarva on Ferrix, so scenes like this serve as clues to Cassian’s shifting mindset and drive. He will surely head home for his Mom’s funeral and see the devastation of her loss and his previous actions, and that will be the nail in the coffin for him and wanting to fight back full time with everything he has regardless if it means death.

This scene also hits thanks to its parallel to Rogue One’s beach scene in which Cassian also looks to the horizon. One can only wonder now after this moment if Cassian’s last thoughts were of his mother and if she’d be proud of who he had become and the sacrifice he made in the name of rebellion. He did after all tell his friend to tell Maarva that she’d be proud of him because of who he’s become and what he’s done, so you better bet her death, and whatever happens next will cement his destiny as one of the Rebel Alliance’s greatest heroes.

Nick and I will talk more about this Andor episode on next week’s episode of the SWTS, so don’t forget to tune into the Star Wars Time Show on a weekly basis via our podcast platforms or via YouTube if you prefer the livestream angle. 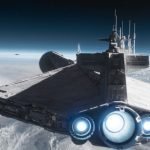 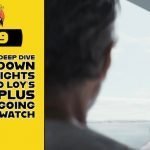