A new clip for the next episode of The Clone Wars has released, which is titled, “Gone With a Trace”.

In the trailer, Ahsoka takes center stage as fans are introduced to her new life in the underbelly of Coruscant. It looks like she’ll be teaming up with some outcasts to help build droids, but her skills as a Jedi make her even more valuable than that. Although, she doesn’t appear ready to tell her new friends about her past.

It looks like we are on to a new narrative arch, and Ahsoka will be the star, so these next few episodes should be loaded with awesome canon reveals. You can check out some episode stills after the tv spot.

Check out the clip below.

After leaving the Jedi Order, Ahsoka Tano finds herself in the underworld of Coruscant where she befriends aspiring pilot Trace Martez. Enlisted by Trace’s sister Rafa to help build dangerous droids, Ahsoka opts to keep her Jedi past a secret in “Gone With a Trace,” an all-new episode of “Star Wars: The Clone Wars” this FRIDAY, March 20th on Disney+. 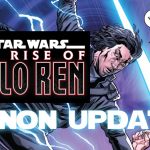 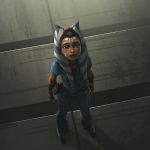