During the most recent episode of Fatman Beyond, a podcast hosted by Marc Bernardin and Kevin Smith, Bernardin revealed that he had approached Rosario Dawson about a role in a short film he was making in December, but Dawson turned the role down because she would be filming Star Wars in December in Manhattan Beach.

We all know that Rosario is starring in the Ahsoka series on Disney+, but since that show isn’t slated to start filming until early 2022, many people believe that she will be filming scenes for Season 3 of The Mandalorian, which is actively filming in Manhattan Beach.

Given the nature of our last encounter with Ahsoka in Mando S2 and the open bad guy spot in Mando with Moff Gideon in the can, it is possible that Din and Ahsoka might have to meet up again about Thrawn. If The Mando-verse is going to morph into a similar format to the MCU films, this would be the perfect time to introduce the thread hopping big bad in Thrawn. 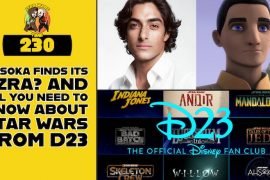 SWTS: Ahsoka Series May Have Found Its Ezra, Plus Key Details from Star Wars Projects Shown at D23 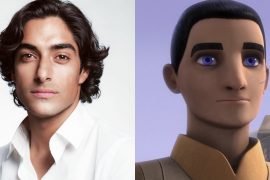