Just in case you haven’t pre-ordered enough Baby Yoda merchandise yet there’s a new animatronic doll from Hasbro that may just be the best and most affordable version of the Yoda Baby to date.

This dude will run you $60, and he won’t ship until this Fall, but he will move and make sounds once he shows up, which puts him on a different level than the other life-size BY’s out there. In total he will have 25 different sound and motion combinations, as well as a removable Mandalorian pendant.

You can get a good look at his Force powers and movements in the video below. If you’re down with this dude, then head over to Entertainment Earth to pre-order him today!

He may look like “Baby Yoda,” but this lovable creature is called The Child — and now you can become his protector with this animatronic toy from Star Wars. Touching the top of The Child Animatronic Edition’s head activates over 25 sound and motion combinations, including happy and excited sounds, giggles, babbles, and more, all while the figure’s head moves up and down, ears move back and forth, and eyes open and close. Boys and girls ages 4 and up can pretend to harness the power of the Force as The Child toy closes its eyes, raises its arm, and sighs as if exerting a great amount of energy. Includes The Mandalorian pendant. 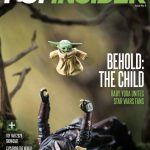 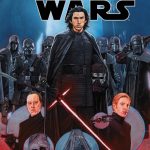