While the Andor series is most definitely going to tell more tales about Cassian Andor’s journey becoming a rebel spy and hero, according to Diego Luna, who plays Cassian, the show could also have been titled Mothma thanks to how much the character is featured in it.

In fact, he thinks the series is about Mon Mothma just as much as it is about Cassian. Mon is so crucial to the show that EW sat down with Genevieve O’Reilly, who plays the senator in Andor, as well as in Revenge of the Sith, Rogue One, and Star Wars Rebels.

“We really get to develop her as a character, and we get to learn about her not just as a senator, but as a woman. [We learn] what her life is like, what she has to wrestle with, what are the dangers to her life, what it costs to be her. Tony’s writing is so intricate and so taut. It lives in this world of the spy genre, of a sociopolitical drama, and yet it’s set within a Star Wars world. So it feels universal and intimate all at once.”

O’Reilly went on to discuss what draws her in to a character like Mon Mothma, and how seeing how pained she was in Return of the Jedi has helped to inspire her portrayal.

“You can see when Caroline does that in that scene, for me, there was always a pain at the heart of it. You could see that she was carrying a pain, and I was really curious about what that was. What has happened in this woman’s life? What has it cost to be her? What are the sacrifices that she has had to make along the way to be that leader of a rebellion?”

The actress went on to discuss how Andor will give Star Wars fans a new sense of character depth for Mon Mothma’s past appearances while also showing off a new side of the stoic leader.

“We see her talking to senators, and then we meet her at home with her husband. We see the public and the private. We see her literally and figuratively take off her cloak and reveal herself as a woman in a way we’ve never seen before.”

Nick and I will talk more about this interview on this week’s episode of the SWTS, so don’t forget to tune into the Star Wars Time Show on a weekly basis via our podcast platforms or via YouTube if you prefer the livestream angle. 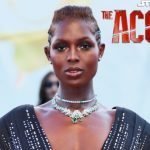 Jodie Turner-Smith Rumored to be Joining The Acolyte Cast