Ian McDiarmid, who has played Emperor Palpatine since Return of the Jedi, has teased that it’s entirely possible that his dark side loving alter ego, Darth Sidious, could return to Star Wars shows that are set before the events of The Rise of Skywalker.

The actor went as far to mention that Darth Vader is back in the Obi-Wan Kenobi series, so why couldn’t his character be lurking in the shadows. He did clarify that Palpatine is indeed dead thanks to his granddaughter Rey nuking him at the end of TROS, but any stories set before that final death are fair game.

“I think I have to accept that, thanks to my ungrateful granddaughter [Rey Skywalker], my annihilation was finally final. [But] of course [Darth] Vader is back in the new [Obi-Wan Kenobi] television series, so I suppose it’s not impossible that one day his mentor might be discovered once again skulking in the shadows.”

While it’s clear Ian isn’t committing the character to actually being in the Kenobi series, his logic is sound and if you think about it, why wouldn’t Palpatine be in this series, which is set 10 years after the fall of the Republic. If leaks end up being true, and Vader learns of Kenobi’s existence via an insidious dark side infused plot, one would think his Master would be in the loop too, even if it’s via a holo-chat like their exchange in Empire Strikes Back.

If you’ve been reading any of the recent Vader comic book issues, then you will understand that it was nearly impossible for him to do anything without Palpatine either having a hand in it, or knowing about the plot, so it would seem odd that Vader would be going on a hunt for Kenobi without Palpatine having something to say about it, or to try and influence Vader’s psyche.

You can check out the full Metro article below:

Nick and I will talk more about this interview on next week’s episode of the SWTS, so don’t forget to tune into the Star Wars Time Show on a weekly basis via our podcast platforms or via YouTube if you prefer the livestream angle. 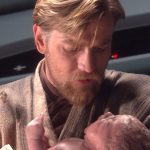 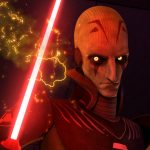