One of Bo-Katan’s Nite Owls will be returning to The Mandalorian after riding the pine in the Season 2 finale episode. This would be considered a leak, so proceed at your own risk.

Bespin Bulletin’s sources have snagged a couple of set pics from the filming of The Mandalorian’s third season, and the character featured in them is Axe Woves, the missing Nite Owl from the raid on Moff Gideon’s cruiser that occurred in the Season 2 finale.

Actor Simon Kassianides can be seen in the set pics, and according to BB, he was filming with Katee Sackhoff.

This really shouldn’t be a huge surprise considering both Simon and Katee hinted that there was a reason Axe wasn’t with Bo and Koska in the S2 finale. Simon said, “There will be answers. This is the way,” on his IG. Katee on the other hand said this on the Sith Council podcast: “He just wasn’t there and there’s a reason. It’s just one of those things where I don’t know if the story is something I’m supposed to tell. So he’s just not there.”

We get it you two, his mission can’t be talked about quite yet!

His return makes sense considering that other rumors and leaks for The Mandalorian S3 have revolved around the concept of Mandalorians from all over the galaxy getting together to do something big at the behest of Din Djarin.

Nick and I will talk more about this Mando S3 report on next week’s episode of the SWTS, so don’t forget to tune into the Star Wars Time Show on a weekly basis via our podcast platforms or via YouTube if you prefer the livestream angle. 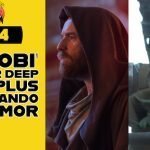 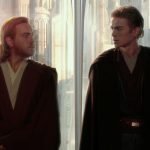