In three days Star Wars: The Phantom Menace will turn 20 years old, which should make a lot of us feel really old, and a few of us a bit nostalgic.

I find myself experiencing both of these emotional reactions as I reflect back on Episode 1, which back in 1999 felt like a dream come true to an 18 year-old Star Wars fan who was only able to see Return of the Jedi in a theater as a 3 year-old. The idea of seeing a brand new Star Wars adventure with new and improved special effects was too much to handle at the time, which is probably why I ended up seeing TPM 10 times in theaters!

Unfortunately, as time passed and the other two prequels films released, I, like many Star Wars fans during the Prequel era, started to realize that George’s new films looked amazing, but at their core, they lacked engaging narratives. This ultimately led to my overall dissatisfaction with the Prequel tales, which I believe cheapened the character of Anakin Skywalker, and therefore Vader, which is a personal tragedy of mine. In fact, after Revenge of the Sith released, I went into a sort of Star Wars mourning, and didn’t really engage with the films again until Disney bought the license.

These days, I’ve come to grips with the Prequels and accept them for what they are. They’ll never be great to me, but if you like them, so be it, I’m not here to tell you how to be a fan.

What I am here to tell you is that I personally don’t agree with most of Star Wars Nation when it comes to The Phantom Menace. It is generally thought to be the worst Star Wars movie of all-time, and I just don’t jive with that. Sure, like all of the Prequels it’s pretty wonky, but in the end, I believe it’s the best Prequel film, and definitely not the worst entry of all-time.

I make my case below in video or script formats, so check them out to learn of the seven reasons why I don’t think TPM is the worst Star Wars movie ever made!

Be nice friends, it’s an opinion.

“Hey now Star Wars fans, Matt Heywood here from the Star Wars Time Show podcast to rile you up, well, hopefully not to the point of anger, but I do want you to think a bit about this video’s topic.

I’m not here for clickbait reasons either, I fully support the belief that the title of this video reflects, and 100% don’t think The Phantom Menace is the worst Star Wars movie ever, or the worst Prequel film.

So here are just six reasons why I, again, my opinion, so don’t blow a gasket yet if you think I’m being a nerf herder, think that The Phantom Menace isn’t the worst Star Wars movie of all-time.

1 Attack of the Clones and Revenge of the Sith Exist in our Universe.

I know including Sith in this example will definitely rub people the wrong way, and I don’t blame those of you who were kids when these movies came out for thinking this way, because you didn’t know any better.

But in my opinion, Revenge of the Sith is the worst Prequel, or right up there with Clones, because of how poorly it handles the most important character of the Skywalker Saga, Anakin Skywalker, aka, Darth Vader.

In Sith, Anakin feels disturbed and whiny for no real reasons, because outside of the Sandpeople bit in Clones, and some bitching about Obi to Padme, the live action films did a poor job at showing how Anakin could become so unhinged that he’d buck his friends and family for the Sith.

If you’ve watched The Clone Wars it’s much easier to see how that version of Anakin could’ve made the choices that Anakin made in Revenge of the Sith, because it shows how much the Jedi messed with him, as well as how he did have a bit of a dark edge to him, but based on the story we were given for live action Anakin, his fall in Episode 3 felt cheap, and it completely destroyed the character of Darth Vader by turning him into a whiny little turd that never felt like the imposing force we knew him as in Episodes 4-6.

Oh, and Clones, do I even need to discuss that dumpster fire? I mean for all intents and purposes it is the worst Star Wars movie of all-time, but for the reasons I outlined above, I tend to get more upset with Sith because of what it did to Anakin/Vader more than just how plain bad of a film Clones was. I just can’t get over how bad his turn was handled, because it felt very unearned, not to unlike Dany’s forced heel turn in Game of Thrones.

Having a movie with child actors in lead roles can be a dicey gamble, so Phantom Menace was already behind the 8-ball in terms of its main cast. But I look at it a different way when comparing acting performances across the prequels in particular.

Is Jake Lloyd a bit annoying as a 10-year-old Anakin? Most definitely, but so are most 10-year-olds who have special abilities, so I never got hung up on his performance, or Natalie Portman’s, because they were kids playing kids and it felt that way on screen.

When you consider the acting then in Clones and Sith, it’s much harder to look past its cheesy scenes, because now we are to believe we were watching adults, so when adults playing adults come off as hollow and emotionless, it’s a much bigger issue to me.

Enough said right? I mean Darth Maul was such a badass Star Wars villain that George Lucas green lit him being brought back to life in The Clone Wars cartoon, which  ultimately helped to get Maul back into the Star Wars movie-verse in Solo.

You don’t get that type of treatment often, so it goes to show how much fans, and the creators loved Maul, so his inclusion in The Phantom Menace easily makes it at least better than Clones and Sith.

4 The Duel of the Fates

Ok, so this has double meaning, so it further bolsters my case about TPM. First off, the Duel of the Fates is easily one of the top 5 Star Wars themes John Williams ever created, and one could argue its the best new theme created for the Prequels. Actually, that doesn’t need to be argued, because it is the best theme from the Prequels.

The duel of fates is also one of the best lightsaber battles in the Star Wars franchise, if not the best.

It provided us our first look ever at multiple Jedi wielding lightsabers against a Sith, and it showcased fighting moves that were never seen in the Original films. It allowed us to fully realize how powerful Jedi and Sith can be, but more importantly, it featured legit emotion thanks to the murder of Qui-Gon Jinn and Kenobi’s subsequent vengeance.

If it weren’t for the iconic duel between Father and Son in Return of the Jedi, I would deem this duel to be the best of the franchise, but nothing can top Luke redeeming his Father through a little lightsaber therapy.

The Pod Race in TPM is one of the most memorable action sequences in all of Star Wars. It is a spectacle to see and even listen too, and the first time you see it you genuinely are on the edge of your seat.

In fact, there aren’t many moments like it in Star Wars in general, so it stands out as being unique a bit. Plus, it’s not a CGI mess, or full of slapstick droid shenanigans like you get in Clones and Sith, so it’s just a fun sequence to watch, and still is even if you hate the Prequels in general like me.

Alright, hopefully you’ve stuck with me this long and don’t think I’m a complete bozo, but after watching TPM with my 3 year old year old recently, I finally realized what George was talking about with Jar Jar and the tone of the prequels in general.

He’s on record saying that Star Wars has always been a kids movie, and he doubled down on the prequels to remind us of that fact, especially with the creation of Jar Jar Binks. Who outside of being a doofus, doesn’t bring much to the saga.

Well, that’s until you watch TPM with a kid, because once Jar Jar hits the screen, you’d think that you were watching a comedy, or Chris Farley doing what he does in Star Wars, because they absolutely think he’s one of the funniest characters of all time.

My kid would belly laugh nearly ever time Jar Jar was on screen, so I finally realized what George had been telling us for decades. I’m still not a fan of him, but seeing the joy he brought to my kid convinced me he couldn’t be all that bad

So the fact that kids go coo-coo for Jar Jar once again elevates TPM from the pits of Star Wars movie suckiness, and I can tell you that my kid at least wanted nothing to do with Clones and Sith, but sat for all of Menace, which I credit to everyone’s favorite Gungan to hate.

Qui-Gon is easily one of the coolest and most memorable prequel characters, let alone Jedi, and his contributions to the franchise rank amongst the most impactful. He’s the Jedi that discovered Anakin Skywalker and convinced Kenobi to train him. He introduced us to the Chosen One prophecy, as well as also being responsible for teaching Yoda and Obi-Wan how to become one with the Force. He has direct ties to Dooku as well, so his mark on the saga is strong, even if he was only featured in one film.

But that goes to show you the merits of The Phantom Menace, it truly has some gems buried within it.

Alright, that’s my case for now on The Phantom Menace not being the worst Star Wars movie of all-time, and definitely not the worst Prequel. Feel free to pile on, again these are my opinions, I’m not telling you how to think for yourself, even though that’s how most will interpret this, and that’s why we love you.

I’ll have more to say on this topic at a later date, so please stay tuned to the Star Wars Time Show via StarWarsTime.net, because there’s always time for Star Wars time! May the Force be with you, always.” 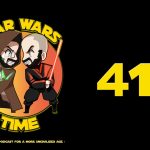 SWTS: Disney Star Wars, The Good and The Bad 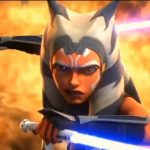