Fans of The Clone Wars and Star Wars: Galaxy of Heroes should be happy to know that the 501st Clones in the game are getting reworked for better synergies with Galactic Republic Jedis. In addition to the synergy boosts, each of the designated Clones will also get new powers and abilities.

The Clones in question are Captain Rex, Rives, and Echo. Cody and the Seargent Clones are not getting reworked at this time, because they’re not 501st. Although, Cody will have new synergies with these clones.

What’s really odd about the Jedi synergies though is the fact that Anakin isn’t included, only Ahsoka and Shaak Ti will synergies with the 501st Clones, which is strange considering that Anakin commanded that division of Clones.

If you do have the 501st Clones pimped out, and Ahsoka, you should be on your way to a pretty powerful squad once this rework drops in the next couple of weeks.

Check out the trailer above for some hype! 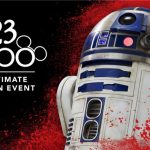 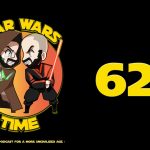 SWTS: Best Baddies From the Dark Side