Lucasfilm and Disney have put out some new details, including an official poster and some casting news for The Lego Star Wars Holiday Special.

First off, the poster is a brilliant piece of marketing and LEGO Star Wars cheekiness. Take it in below and rejoice!

Secondly, it has been revealed that three Star Wars film actors will reprise their iconic roles in the show, and they include: Billy Dee Williams, Anthony Daniels, and Kelly Marie Tran. They will be joining other Star Wars veterans, but from the animated space in Matt Lanter (Anakin Skywalker), Tom Kane (Yoda, along with Qui-Gon Jinn), James Arnold Taylor (Obi-Wan Kenobi), and Dee Bradley Baker (clone troopers).

It sounds like Rose will play a main role in the series, which also sounds like a cheap way to give Kelly Marie Tran more time with the character after Rose was relegated to the background in The Rise of Skywalker. EP James Waugh explained:

“She has a really prominent role throughout the story. This story works in an A-B way. The ‘A’ story is on Kashyyyk where Rey, Poe, Rose and Finn are all trying to create the greatest Life Day party ever for Chewie and his family. Then the B story is Rey going off to seek knowledge at the Jedi Temple that takes her across the movies’ history  … Rose’s role in this it to really takes charge she basically saves the day, in many ways. We wanted to make sure we got a lot of Kelly in as Rose was going to be an essential part of whatever [the Resistance heroes’] future was going to be after Episode IX and she was a blast to work with.”

I’m liking the voice cast, and while it would have been nice to get them all back one last time, it’s nice to see that three film actors will be joining the fray alongside the talents of the Star Wars animated universe. 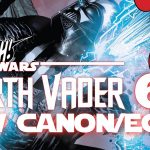