Late last week we reported an exclusive update from a source with ties to Lucasfilm who felt that an IATSE strike was inevitable, and therefore shut down plans for active productions like The Mandalorian were on the table. We also reported that our source was told only an 11th-hour miracle would keep productions going, and that’s exactly what happened late last night between the IATSE and the AMPTP.

Now while it would have been nice to have gotten this exclusive leak fully correct to bolster our credibility, I’m glad the report ended up being wrong. There was always an option for a last-minute deal getting done, so while I took a chance running the exclusive on a fluid situation with a bit of dramatic flair, it’s ok that it didn’t fully pan out because that means there will be no strike-induced delays for Lucasfilm and other Hollywood productions.

According to Matthew Loeb, the International President of IATSE, the deal truly was a Hollywood-esque ending as we first reported it would have to be if one was struck. He said:

“This is a Hollywood ending, our members stood firm. They’re tough and united. We went toe to toe with some of the richest and most powerful entertainment and tech companies in the world, and we have now reached an agreement with the AMPTP that meets our members’ needs.”

There you have it. The full details of the deal have not been made public, but the concessions were solid enough to keep the IATSE union members happy and working, which is a great thing for all parties involved. Especially us selfish fans who were worried about any potential delays to Disney Plus’ 2022 Star Wars lineup! 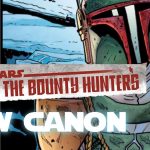