Well, maybe 10 since Chopper already went live action, but who’s really keeping score! Anyway, tune in below to see who out of Dave Filoni’s animated Star Wars characters could appear in live-action form on The Mandalorian. This speculation video all stems from a recent quote of Filoni’s, which strongly hints that he and Favreau have brought at least one of his animated characters to life on the set of The Mandalorian.

Enjoy, and feel free to chime in with comments and your own speculations!

“Ever since I read a quote from Dave Filoni about what characters we could be seeing in The Mandalorian, and if any came from his animated series, I couldn’t help but speculate on who they may be.

Both he and Jan Favreau hinted that fans will be seeing random characters from other properties in Mando, but Filoni’s quote, which reads, “Having a character you wrote walk up and talk to you in full costume on a set that you imagined that was a wonderful thing,” to me means that one of the characters he created from The Clone Wars, or Star Wars Rebels, will appear in the show.

That’s just how I parse it, and I’m not sure how else it could be interpreted.

So with that being said, I have 11 potential Star Wars animated characters from Filoni’s mind that could appear in The Mandalorian.

Four of them I’ve already detailed in another video about the character Ming-Na Wen could be playing in Mando so go check that out for more details, but to recap, I believe she could bring either Sabine Wren, Ursa Wren, Bo-Katan, or Ahsoka Tano to the real word in The Mandalorian. Each one has pros and cons for Wen playing them, but they all technically could work in Mando.

Now if we remove the Ming-Na casting, I still believe it would make sense to see Sabine, Ursa, or Bo-Katan on the show considering their ties to Mandalore and subsequently the titular character of the Disney+ series due to his own heritage. So it would make sense to throw them into a storyline or two, but Ahsoka is a harder sell due to the fact that she deserves her own standalone series to tell more of her tales.

Moving on from those four I’d like to start with Hondo Onaka, making him my fifth guess for an animated Star Wars character appearing on Mando.

Onaka just oozes shadiness, and his inner Pirate tendencies would be perfect for a show about lawlessness in the Star Wars galaxy. He’s appeared in some form or fashion across all three Star Wars trilogies, and he never disappoints with his schemes that may seem righteous, but always benefit Hondo himself. He just seems like he’d be right at home in The Mando.

Up next is Cad Bane, who technically should still be alive unless Dave continues his planned arc in the new season of The Clone Wars, which would feature him getting capped by Boba in a duel, but for now, he lives, so he could show up in Mando. And what better character than a deadly bounty hunter to appear in a show about deadly bounty hunters! He’s a perfect fit and would make for a great adversary.

Let’s move on to some of the good guys that could show up in Mando and start with Captain Rex. We know he made it through the end of the Rebellion thanks to Rebels, so why not have this old clone show up in live action form for the second time! That’s right, thanks to reverse canon, we now know Rex with in Han’s unit on Endor, so this dude is prime for another live action debut, this time though for real. He’d make for a fun cameo if he and Cara Dune link up again considering her ties to the Rebellion.

These next two come as a pair, because that’s just how they roll, but what about Hera and Chopper? The latter has already made his live action debut in Rogue One, and Hera sorta did too, albeit via the Ghost being at the Battle of Scariff, but the two traveling companions could also fit for The Mando.

They both at least made it past the Battle of Endor, so there’s a great chance they could be part of a New Republic-centric episode if we get any that feature the fledgling government in Mando trying to do its thing. Or, maybe they went off on their own and through Cara, we link up with them again to help her and possibly Mando on a mission.

Might as well stick with the Rebels cast and rattle of Zeb too. He and Kallus were last seen heading to Zeb’s species’s new home world, so they would definitely be alive during The Mando’s timeline, and having an alien character like Zeb in live action would look dope AF. I feel like out of all the Rebels cast members, Zeb was the least explored, so he seems ripe for stories in another property, making him a fun fit for Mando.

Finally, there’s Kallus, the Imperial turned Rebel spy who helped to ultimately bring down the Empire. While he was last seen with Zeb at the end of Rebels, his dual past bodes well for use in The Mandalorian. Kallus could be someone former Imperials are looking to get revenge on, so those angles could be explored as side stories in Mando, or he could just be out and about trying to help the New Republic restore order in the Outer Rim. Either way, he could work as a character in The Mandalorian.

As could all of the ones I mentioned, and while they may still be too popular, or not back of the cantina enough, they would all pay off on Filoni’s quote from earlier. 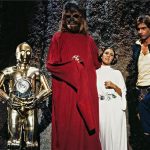